Michelle Buckman is the author of six novels, including the award-winning Rachel’s Contrition. Although faith-based, her books tackle gritty life issues that place her readers in someone else’s shoes to face the gravity of life’s choices. Michelle’s writing has encompassed an array of avenues from being a newspaper columnist to senior managing editor of a business magazine. Nowadays, she is a copy editor for a NYC-based website as well as a freelance editor, while continuing to work on new novels. Walking the Carolina beaches is both her favorite pastime and greatest inspiration. Find Michelle on Facebook, Twitter, and Amazon.

AnnMarie Creedon, “This Is My Body”

AnnMarie Creedon has been married to her husband for almost 30 years, and has five children. She is the author of Angela’s Song, a Catholic romance novel, and is currently working on her second book. AnnMarie homeschools the three youngest of her children, sings on a praise and worship team and also in her parish choir. A native New Yorker, AnnMarie has been transplanted to the Midwest, and has fallen in love with this region of the U.S. She and her family enjoy cooking together, watching superhero movies, and chatting about fandoms. Find AnnMarie on Facebook, Twitter, Pinterest and Amazon.

Karina Fabian, “Cries of the Innocents”

Karina Fabian writes fiction and nonfiction, secular and religious. Her stories include spacefaring nuns, a dragon in the employ of the Faerie Catholic Church, a zombie exterminator and a mad psychic who must save two worlds. Her nonfiction varies from advice articles and writing webinars to devotionals and saint stories. She helped found the Catholic Writers Guild and has been an officer as well as the mastermind and coordinator of the Catholic Writers Online conference. Her latest book, Discovery, a Rescue Sisters novel, was recently added to the Full Quiver Publishing catalog. Find Karina on Google+, Pinterest, Facebook, Twitter, YouTube and Amazon. 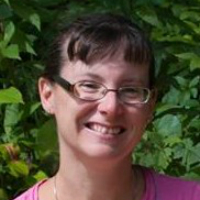 Anne Faye is a homeschooling mom of three who writes from Western Massachusetts. A member of The Catholic Writers Guild, her novels include Through the Open Window, The Rose Ring, and Sunflowers in a Hurricane.  Find Anne on Twitter and Amazon. 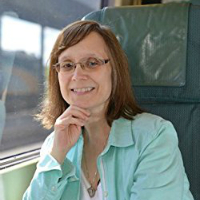 Ellen Gable, “The Death of Me, The Life of Us,” Co-editor

Author, speaker, and retreat facilitator Barbara Hosbach has a passion for exploring what scripture means for us today. Hosbach, whose articles have appeared in national magazines, blogs about scripture at her website. Her latest book, Your Faith Has Made You Well: Jesus Heals in the New Testament, takes a down to earth look at what happened when Jesus healed and the hope it offers us here and now. Her first book, Fools, Liars, Cheaters, and Other Bible Heroes, invites readers to connect with a diverse assortment of biblical characters. Both books received the Catholic Writers Guild Seal of Approval.Find Barbara on Google+, Facebook, Twitter, and Amazon.

Dena Hunt is the author of the award-winning historical novels Treason (Sophia Institute Press) (IPPY Gold Medal 2015), and The Lion’s Heart (Full Quiver Publishing) (CALA 2016), as well as several short stories and reviews, online and in print, at Dappled Things, St. Austin Review, and The Pilgrim Journal. She also writes for FaithCatholic, a liturgical publication company. She is currently working on her third novel. She is the book review editor of St. Austin Review. Find Dena on Amazon.

Katy Huth Jones grew up in a family where creative juices overflowed and made puddles to splash in. When not writing or taking photos, Katy plays piccolo and flute in a regional symphony. She lives with her husband Keith in the beautiful Texas Hill Country. Their two sons, whom she homeschooled, have flown the nest and live creative lives of their own. Best of all, she is a cancer survivor. Find Katy on Pinterest, Facebook, Twitter, Instagram, YouTube, and Amazon.

Antony Barone Kolenc has authored several published short stories, as well as an inspirational youth historical fiction trilogy, The Chronicles of Xan (OakTara 2013).  He is a professor at Florida Coastal School of Law, where he teaches Constitutional Law. He writes a legal column for homeschooling families in Practical Homeschooling Magazine, and speaks at legal, writing, and home education events. He retired as a Lieutenant Colonel from the U.S. Air Force Judge Advocate General’s (JAG) Corps after 21 years of service.  His professional writings focus on constitutional law and military policy. Find Tony on Facebook, Twitter, and Amazon.

Theresa Linden is the author of the Chasing Liberty dystopian trilogy and a series of Catholic teen fiction. Raised in a military family, she developed a strong patriotism and a sense of adventure. Her Catholic faith inspires the belief that there is no greater adventure than the reality we can’t see, the spiritual side of life. A member of the Catholic Writers Guild and the International Writers Association, Theresa also holds a Catechetical Diploma from the Catholic Distance University. She lives in northeast Ohio with her husband, their three adopted boys, and their dog Rudy. Find Theresa on Pinterest, Facebook, Twitter, YouTube, and Amazon. 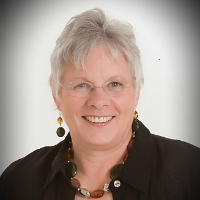 Leslie Lynch, “No Turning Back”

Amazon Bestselling author Leslie Lynch gives voice to characters who struggle to find healing for their brokenness—and discover unconventional solutions to life’s twists. Leslie lives near Louisville, Kentucky, with her husband and a rescued, feral-turned-sweetheart cat. She’s written three full-length novels: Hijacked, Unholy Bonds, and Opal’s Jubilee; and two novellas: Christmas Hope and Christmas Grace. She is an occasional contributor to the Archdiocese of Indianapolis’s weekly newspaper, The Criterion. A member of Catholic Writers Guild, she posted monthly content to the group’s blog for years. Find Leslie on Facebook, Twitter, Instagram, and Amazon.

Erin McCole Cupp is a wife, mother, and lay Dominican who lives with her family of vertebrates somewhere out in the middle of Nowhere, Pennsylvania. Her short writing has appeared in numerous magazines, both Catholic and secular. She is a contributor to CatholicMom.com and has been a guest blogger for the Catholic Writers Guild.  When Erin is not writing, cooking or parenting, she can be found reading, singing a bit too loudly, sewing for people she loves, gardening in spite of herself, or dragging loved ones to visitors centers at tourist spots around the country. Find Erin on Google+, Facebook, Twitter, Pinterest, Instagram, YouTube and Amazon. 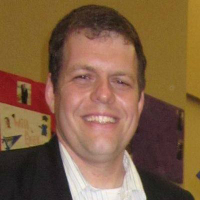 John D. McNichol was born in Toronto, Canada at the dawn of the swinging 70s. He left Toronto in 1988 to attend the Franciscan University of Steubenville in Ohio. John now lives in Vancouver, Washington, with his wife Jeanna and their children. He became a proud American citizen on September 19th, 2012. John’s first book, The Tripods Attack, was published by Sophia Press in 2008. The sequel, The Emperor of North America, is available from Bezalel Books. His novel for the 9-12 year olds, The King’s Gambit, was published by Hillside in October of 2013. He loves pizza and hates broccoli.Find John on Facebook, YouTube and Amazon.

Damon Owens, international speaker and evangelist, is the founder and executive director of Joy To Be  a new 501(c)(3) non-profit ministry of Stewardship: A Mission of Faith, centered on St. John Paul II’s Theology of the Body. Following four-years as the first executive director of the Theology of the Body Institute, he served as Chairman of the 2016 International Theology of the Body Congress. He previously founded Joy-Filled Marriage New Jersey, and New Jersey Natural Family Planning Association, non-profit organizations dedicated to building a marriage culture through training, seminars, and conferences. Damon and his wife Melanie taught Natural Family Planning (NFP) for 14 years, and served as NFP Coordinators for the Archdiocese of Newark (NJ). A Certified Speaker for the Theology of the Body Institute, National Trainer for Ascension Press, and presenter at the 2015 World Meeting of Families, Damon keeps a full international speaking schedule at conferences, marriage seminars, universities, high schools, seminaries, and parishes on the good news of marriage, sexuality, Theology of the Body, Theology of the Family, adoption, and NFP. Damon currently lives outside Philadelphia with his wife Melanie and their eight children. 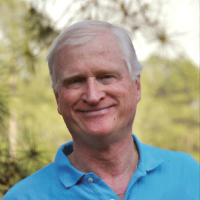 Arthur Powers and his wife lived in Brazil for 30 years, including seven years as Catholic lay missioners in the Brazilian Amazon.  Arthur is author of The Book of Jotham (Tuscany Press – winner of the 2012 Tuscany Novella Prize) and A Hero for the People (Press 53 – winner of the 2104 Catholic Arts & Letters Award).  He received a Massachusetts Artists Foundation Fellowship in Fiction and has served since 2014 as judge for Winning Writers’ Tom Howard short story contest. Find Arthur on Amazon.

Gerard D. Webster is the author of two Catholic novels, In-Sight and The Soul Reader. He is the co-founder of the first local affiliated chapter of The Catholic Writers Guild, the St. Johns Chapter, in Jacksonville, Florida. His past experience encompasses a broad background—as a Peace Corps Volunteer, a soldier, an international businessman, and an addictions counselor. Most of all, he is a husband to his wife of 45 years, a father to their five children, and a grandfather. He wrote the poem, “Thou,” many years ago to honor his wife, Anne. 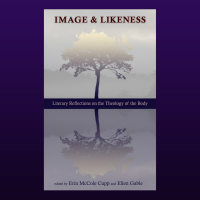 R. Elaine Westphal holds a BA degree in English Education, is retired from a career in supervisory management and is currently an active community volunteer. She enjoys quilting, singing, classic movies, and relaxing to classical music. Nature walks are her inspiration for her creative writing. Along with writing poetry, she also enjoys writing articles about local history and nature subjects.